When general contractors are looking for electrical expertise, they often turn to DeRock Electric.

DeRock is headed by namesakes Doug Detwiler and Rock Forry, whose friendship spans more than 20 years. Forry supervises all field operations and manpower with a hands-on approach. Detwiler takes care of all estimating, design and sales. Detwiler and Forry have a combined 50 years of experience in the industry.

Working on the front lines of every project, Detwiler and Forry have ingrained a safety-first culture into their employees. Several employees are NFPA 70E arc flash-certified, a national standard for workplace electrical safety. All DeRock electricians are required to go to safety courses. Qualified employees receive up-to-date Arc Flash safety gear.

DeRock holds certifications in Edwards fire alarm systems and has experience in data communications with CAT-5 and CAT-6 cabling and phone and fiber-optic lines. DeRock tests lines and help clients with preventive maintenance through the use of infrared cameras, which helps document the existing infrastructure and diagnose any issues.

DeRock Electric knows that investing in employees pays off and believes that surrounding yourself with the best people will lead to success. DeRock specifically seeks out the best of the best — those who have the mentality and work ethic to rise up to any challenge and the focus and discipline to solve any problem. Through continuing education and on-the-job training, the company customizes learning to the individual. For those just starting out, DeRock provides a paid apprenticeship through the Central Pennsylvania Chapter of the Independent Electrical Contractors. 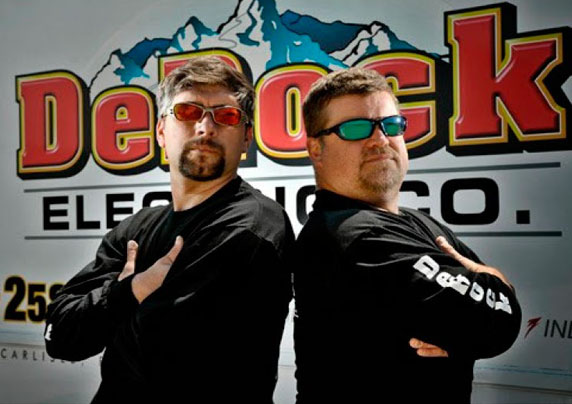 When DeRock Electric shows up at a job site, we come prepared with the equipment and knowledge needed to accomplish the job. Our professionals come equipped with a powerful can-do attitude. If problems arise, we focus on the solution and get the job done.

Doug grew up in the electrical construction business with his father who ran Miller Electric Company for 40 years. Doug operated back hoes, laid underground duct banks and helped his father with general electrical projects on weekends learning the trade.

After graduating from West York Area High School, Doug attended computer tech classes in Ohio and then did a 5-year apprenticeship at York Vo Tech with Miller Electric Company. He ran major projects for Miller Electric such as schools, hospitals, commercial buildings, and special systems such as fire alarm, sound, nurse call and CCTV.

In 2003, Doug was hired by Ascom Electric to start up and manage the Carlisle Division which consisted of growing their customer base, estimating jobs as well as hiring, training and building the work force.

In February 2008, Doug decided to become an entrepreneur and he founded DeRock Electric Company with his business partner Rock Forry. They have a mutual respect for each other and have been good friends for more than 20 years.

Doug is a member of the IEC (Independent Electrical Contractors) where he was a past President, and he currently sits on the Legislative Affairs Committee. He is also a member of ABC (Associated Builders and Contractors) Keystone Chapter and is a current board member. Doug was a prior board member for Ski Roundtop Race Club and the Carlisle Theater where he also sat on the building committee.

When he is not working in his business, he is spending time with his wife and son, in and around the community. He loves the diversity that Carlisle has to offer and enjoys, boating, skiing, mountain biking, motorcycle riding, and fishing.

His vision for the success of DeRock Electric is simple. Surround yourself with the best people. Keep your quality of work at the highest level. Be safe. Do what you say and go above and beyond what a customer expects every day. Lastly, treat your employees like family; they are your key to future success. 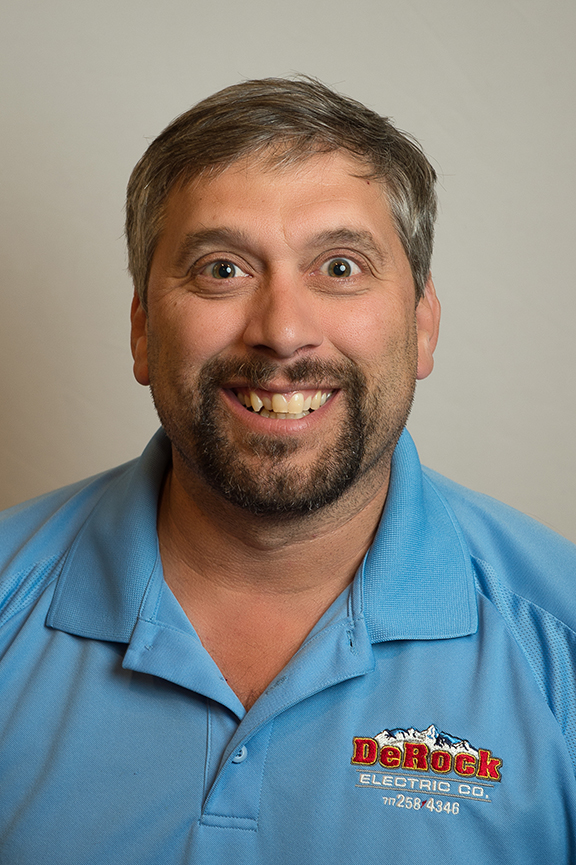 Rock moved up quickly in the Miller organization and by 1996, he was a foreman working on important projects when he met his current business partner, Doug Detwiler. Doug and his father Joseph Detwiler, also a master electrician, became good friends and mentors to Rock. Today, Rock credits his professional growth as a master electrician and business partner to the support that he received from Doug and his father. He frequently credits the Detwiler father and son team as the best electricians in the industry.

In 2005, Rock was hired by Ascom Electric to start up the Carlisle Division of Ascom along with Doug. In his support role to Doug, he project managed and worked in the field on several motor control projects as well as hospitals, schools, and several large commercial buildings. He was the leader who made sure that the projects were done on time and on budget even if he and Doug had to step in themselves to ‘get it done’.

In 2008, Rock joined Doug to start his own adventure as an owner of DeRock Electric and partner to his mentor. Rock is the Operations Manager for all field projects and employees.

Rock is a current member of IEC, Independent Electrical Contractors, where he sits on the Apprenticeship & Training Committee.  He is also a member of ABC, Associated Builders and Contractors, Keystone Chapter.

In Rock’s spare time he likes to spend time with his wife and two children, go to his family’s camp, ride motorcycles and ATVs, and fish.

Rock’s vision for success is similar to Doug’s vision. Surround yourself with the best people. Keep your quality of work at the highest level. Be safe. Do what you say and go above and beyond what a customer expects every day.